Ethereum – Is It Still Alive Or No Hope For The Future? 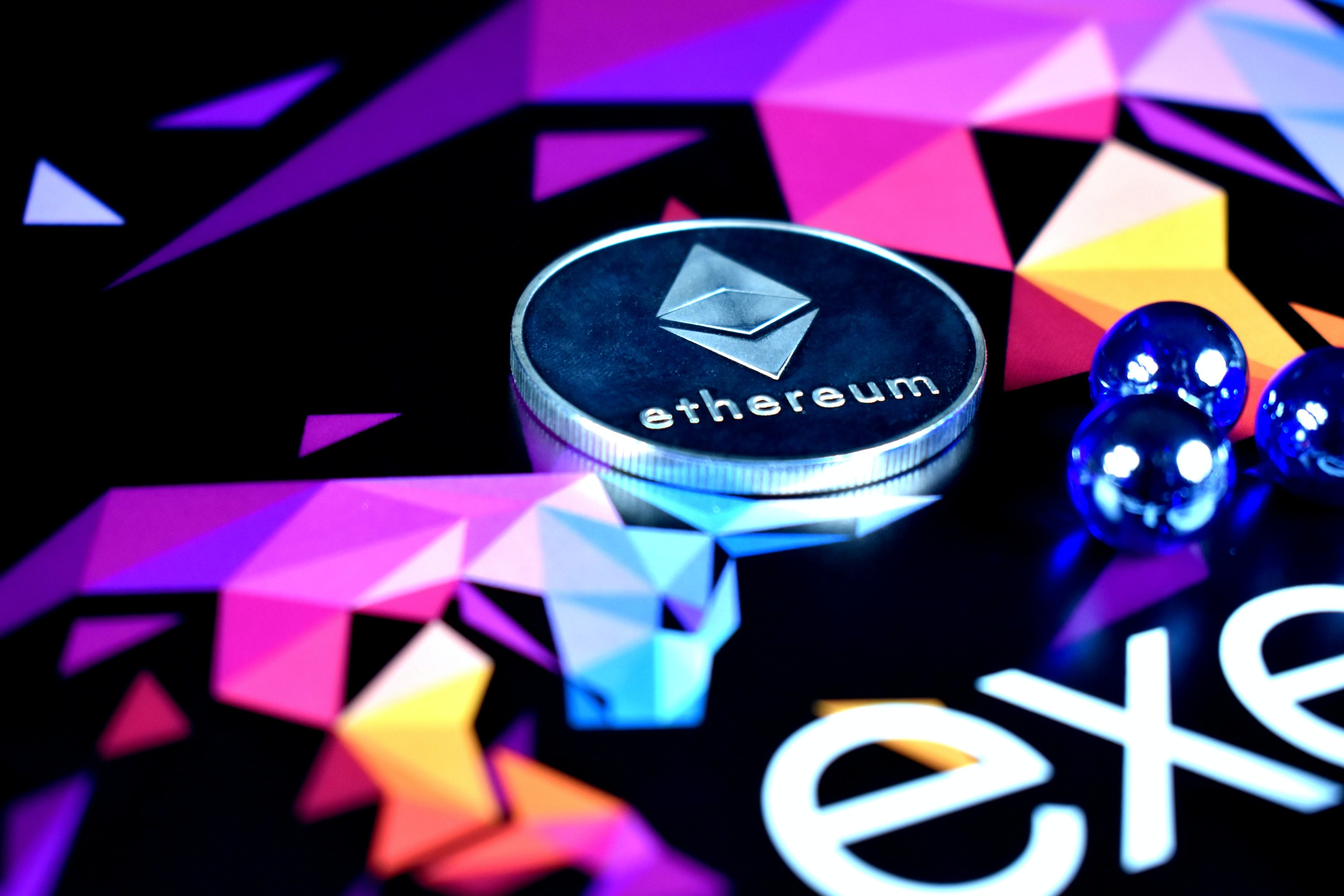 As of today, Ethereum’s market cap is over $16 billion, and it is the second most valuable blockchain behind Bitcoin. Some say that Ethereum is our future while others believe that the collapse of ETH is inevitable. Let’s dive into the platform and discover where the truth lies.

Ethereum was created by Vitalik Buterin, software engineer and evangelist of decentralized economics, and is now the second most valuable coin in the cryptocurrency industry. It first went live in 2015, offering a new currency “Ether” to rival Bitcoin as well as national currencies – the US Dollar, Euro, etc. Since then, it has become one of the market’s top coins. Ethereum has the same blockchain-based roots as Bitcoin, but some of its differentiating qualities have made Ethereum stand out and spurred great interest both from governments and private players.

Another prominent feature of Ethereum is that it can host decentralized applications (dApps) – apps that function in a transparent and fairway as there is no central point of control. On top of this, Ethereum also has its own cryptocurrency Ether, which, just like Bitcoin, allows users to send and receive coins between wallets.

Decentralized finance applications comprise some of the most promising real-world use cases for the platform. They include decentralized exchanges, smart contract powered loans, minting of stablecoins to name a few. One notable project in the category is “MakerDAO,” which by using elaborate Ethereum smart contracts has enabled the creation of a stablecoin (DAI) backed by Ether – it is always worth $1.

With the use of Ethereum, all hospitals around the world can store, access, and share records of their patients. This is usually considered a key factor in developing new vaccines for viral outbreaks or even preventing them in the first place. Thanks to the platform, one can be able to go to a doctor in Brazil for a checkup while on holidays and, once back home, to a hospital in the home city, and both doctors will have the same information about the patient.

Transactions are the blood of the world’s economy. Ethereum’s smart contracts allow exchanging anything of value without any risk. Instead of creating old-school agreements on paper, the transactions are recorded in computer code.

Companies like Microsoft or Dropbox store enormous amounts of data in so-called server farms. It is basically a place where hundreds of servers are used to store the information. The problem with such server farms is that a large fraction of the company’s storage capacity is concentrated on a single location. Consequently, the company can suffer substantial losses in the event of a terrorist attack or a natural disaster. The solution to such a problem is a decentralized storage facility when information is stored in hundreds (or even thousands) of data centers all over the world. Ethereum’s blockchain technology can be used to encrypt and quickly transfer data between millions of servers.

And that is not all! Privacy from third parties, security infrastructure, initial coin offerings, tokenizing real-world assets, digital identity – you name it, Ethereum has a large scope of applicability. The graph below shows that the game industry is the most popular among ETH daily users while casino, exchange, and high-risk gain a lot of attention as well. 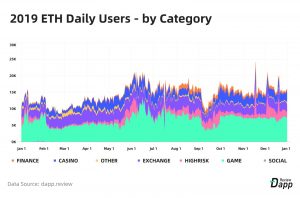 The killer app of Ethereum was ICOs, so the slowdown of the ICO market has significantly affected all other metrics of ETH. However, the main bottleneck of Ethereum is its scalability. As Vitalik Buterin said, “the Ethereum blockchain is almost full. If you’re a bigger organization, the calculus is that if we join, it will not only be more full but we will be competing with everyone for transaction space. It’s already expensive and it will be even five times more expensive because of us. There is pressure keeping people from joining.”

However, there are ways to improve the situation. Networks need to evolve away from the idea that every computer is required to verify each transaction to a model in which a computer on average verifies only a fraction of the transactions on the blockchain. It would provide improved scalability which, in turn, would bring costs down by a factor of over 100. As Vitalik Buterin says, in such a case, security will be sacrificed to some extent, but the compromise is fairly modest.

Among other issues, Ethereum is quite slow. Although it is sufficiently fast for financial services in general, some dApps, such as Ethermon, decide to move to other blockchains like Zilliqa as it promises faster transaction speed.

Of course, not everyone is happy with the platform. However, apart from core blockchain benefits, Ethereum can boast of adaptability – an incredibly versatile range of applications can be built on the Ethereum blockchain, and the platform is very likely to continue dominating the market in the near future.

Ethereum’s transparency, immutability, and applicability make it a perfect platform for products and apps that need to run on an open network. From finance apps to health and politics, the platform can boast of applicability in almost every industry.

Although being criticized for its scalability limitations, Ethereum retains its top one popularity on the dApps market. More scalable protocols like Tron and EOS have taken away a portion of Ethereum’s market share, but still, none of them are even close to its number of working real-world use cases despite the fact they used Ethereum as an example and source of ideas. Ethereum has first-mover advantage and the biggest developer community in crypto. Even despite criticism, its market standing, brand, and dominance over dApps seem to be a winning combination.