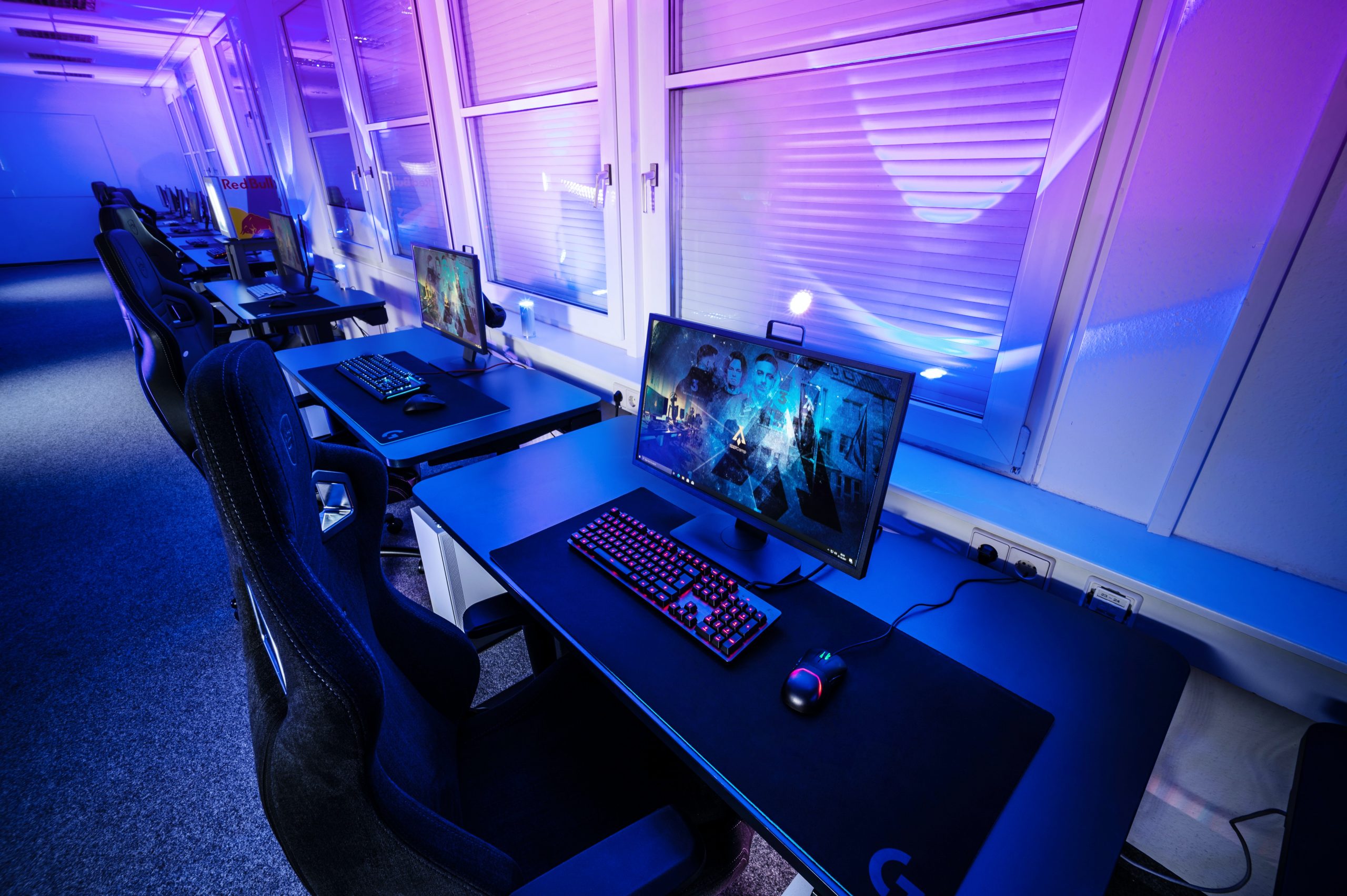 Over the last couple of years, non-fungible tokens have become a hot topic in the crypto world. Whether it’s a business that wants to gain income or create interest in their product or a user who wants to collect unique digital assets, NFTs are a very useful tool for everyone involved. They are being utilized in different areas, with the gaming industry being at the forefront. That is why today we are going to find out how the emergence of non-fungible tokens has changed the course of this industry.

The concept of NFT gamification

In the previous article, we mentioned that NFTs are valuable and unique digital assets that represent the right for ownership of a collectible such as a piece of art, music, etc. However, how does it work in terms of the gaming industry?

In-game collectibles like characters, weapons, armor, or any other items can be turned into tradable non-fungible tokens. That is why players can profit from NFTs. For example, developers of the Axie Infinity game have designed each creature (an Axe) as an NFT, which gamers first purchase and then use in battles for crypto rewards. Not only does blockchain technology help earn income, but it also enlivens a game and makes players feel more involved and competitive.

So far, the idea of traditional gaming has always been considered a Play-to-Win system when players put effort into achieving victory, ranking up, and meanwhile spend their own money on upgrading characters. But as the functionality has evolved in NFTs, it made a real difference in the gaming industry and resulted in a brand new Play-to-Earn model. This revolutionary approach allows players to enjoy their favorite games and earn financial rewards simultaneously.

First off, a player is required to invest in a game, e.g. in Axie Infinity, it is done by buying NFT creatures. Once the purchase is made, you are given access and the possibility to start earning rewards. The ways to do that vary from game to game, but most often you are able to collect NFTs battling with other players in player-versus-player (PvP) matchups or completing quests and different challenges that pop up from time to time. As soon as you have mastered the process of winning in-game NFTs, you can utilize them for gaining profit by means of:

The whole idea of the Play-to-Earn model is built on providing gamers the ability to buy, sell and generate digital assets. Any player who owns NFT collectibles is allowed to trade them on specialized marketplaces and end up either with cryptocurrency, which can be turned into real money or with another in-game item, they have chosen in exchange.

You can also opt for another way to generate income if you are unwilling to trade your characters or other collectibles. Some games have designed their own cryptocurrencies as a reward in order to encourage players who invest their time and money. Therefore, you have a chance to earn in-game cryptocurrency while playing, then go to a crypto exchange and trade. For instance, in the Axie Infinity game, native cryptocurrency is represented by Smooth Love Potions (SLP) that can be earned during battling in Adventure Mode.

If you have read our article Passive Income with DeFi, you would have come across this term. Some gaming platforms use staking as an incentive for users to hold and spend in-game cryptocurrencies. Mobox is a notable example of this kind of platform. Basically, they offer players to stake earned in games Mobox NFTs in liquidity pools. Thus, you lock up your NFTs in a smart contract and receive a reward in return. You may also receive an NFT Mystery Box that is comprised of a random rare NFT from a collection and if you want you can sell this NFT in exchange for something else on a secondary market. But keep in mind that to get a valuable item from this Box, you need to stake a large number of assets in the first place.

As mentioned earlier, a user is unable to start playing some NFT games, unless they invest in them by buying their characters. This is the way Axie Infinity operates: purchase 3 creatures (Axies) and get access to the playing field. The only downside is that given the price of an Axie, which is approximately $200, not everyone can afford them. That is where Play-to-Earn Guilds come to the rescue by organizing a community of in-game NFT owners who are ready to lease their characters to those, who do not have initial capital to get started. Thus, this is a win-win situation because the player seizes a chance to plunge into the innovative gaming world and the lender receives a percentage of the player’s earnings. Among the most well-known guilds are AAG ventures and Yield Game Guild.

Now that you have a better understanding of the concept of NFT gaming and the Play-to-Earn model, let’s dig deeper into the most notable examples of NFT games. Axie Infinity is already on everyone’s list of most prominent games, let’s take a look at some other games worth our attention.

A science-fiction multiplayer strategy game that offers gamers the ability to explore the vast MetaWars galaxy while cooperating with each other, expanding armies and customizing robots and fleet ships. As the game has the governance token — $WAR token, players are given a chance to earn them battling in (PvP) mode or tackling challenges.

It is a free-to-play game, for football lovers, built on the Ethereum blockchain. Sorare is a card game, where players collect various cards and take part in weekly competitions. Though you do not need to invest in order to enter the game, eventually you may want to rank up or win prizes and for these purposes buying rare cards is necessary. The game allows players to own and sell their NFT cards, unlock rare cards that are more valuable, and also win Ether playing the game.

It’s a brand new mobile app that is comprised of 10 NFT games such as puzzles, action, cards and arcades. Players are offered to participate in P2P matches or group tournaments to earn in-game token GMEE. In order to experience the gaming world of Arc8 by taking part in tournaments, and purchasing in-game items you have to pay an entrance fee.

With the rise of non-fungible tokens, the gaming industry has been turned upside down, which has resulted in the emergence of the Play-to-Earn model. This entirely new approach to gaming is appealing to users because you are able to combine the pleasure of playing and the chance to make money. There is no doubt that it has a promising future as more and more exciting games pop up on the market. Now that you are aware of what options are out there, you are ready to explore the world of NFT gaming.