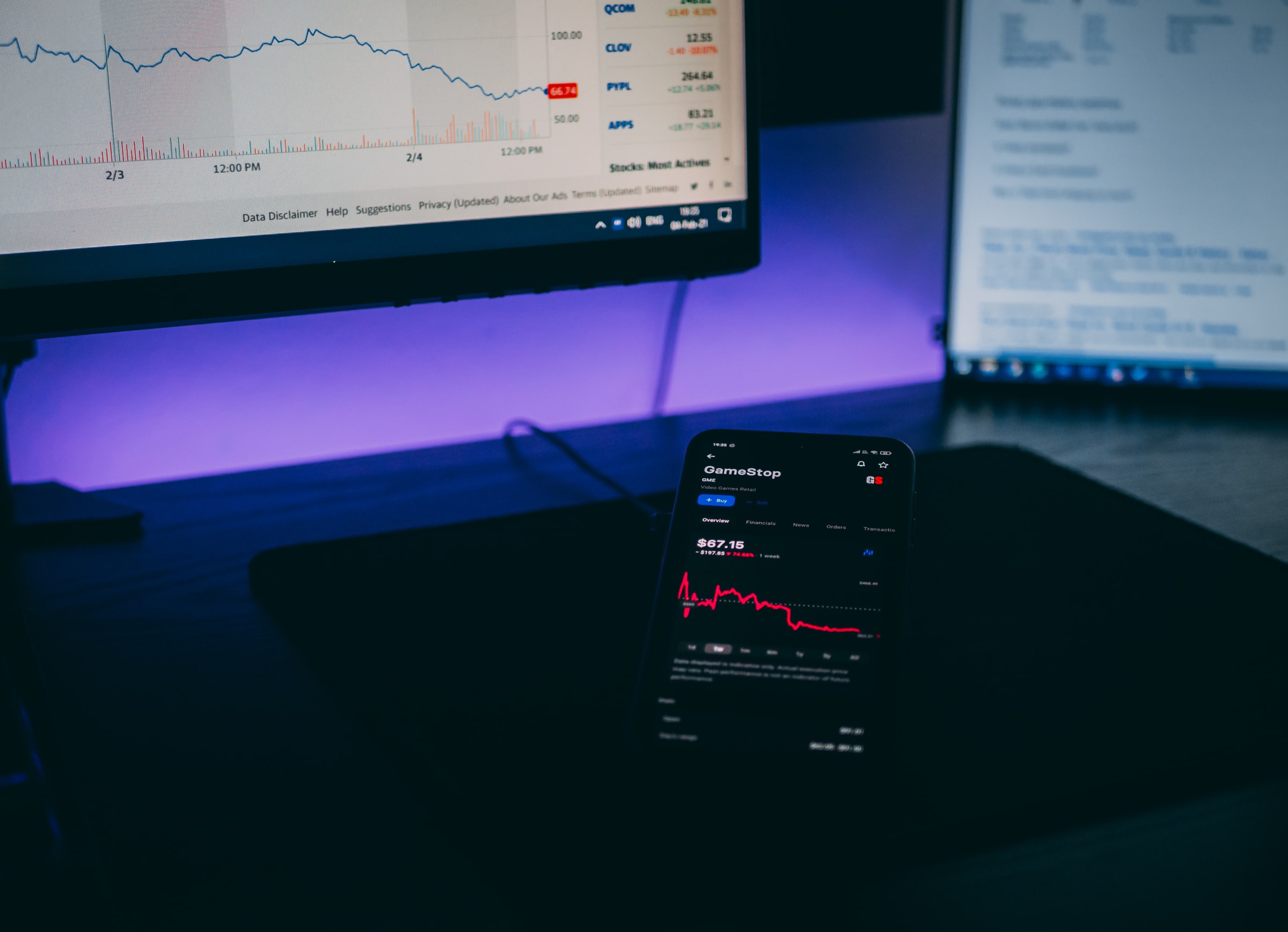 You’ve probably heard GameStop shares going through the roof recently — one MIT graduate student turned $500 into over $200,000 in a few weeks while other amateur traders paid off their student loans with the earnings from the GameStop stock rally.

In early 2021, a viral battle erupted in quite an unlikely place — the stock market. It was publicized as a conflict between retail investors on the Internet and large hedge funds. But what exactly happened? And what does it mean for the future of the financial market?

GameStop is the world’s largest retail gaming store, but with the global trend toward digitalization and pervasive lockdowns, the company’s future has become quite unclear. GameStop closed over 300 stores in 2019 alone while its sales have continually declined over recent years. Believing that offline gaming is doomed, Wall Street investors started to bet heavily against the company — they massively short-sold.

Before going any further into the story, let’s understand what short selling is and how it works.

What is short selling?

Short selling implies speculating on the decline in a price of a stock or other security. It occurs when an investor borrows a stock, sells it on the open market, and, as he expects the price to decline, plans to buy the stock later for less money. The difference between the original price of the stock and its price at the time of buying back is the profit an investor gets.

For a better understanding of short selling, let’s consider an example. Imagine that it’s 2001, and your friend has a rare Pokémon card. You decide to borrow this card from him for, say, a year, and he agrees. Although the card is not technically yours, it’s actually in your possession, so you can go to eBay and sell it for, say, $10. If so, you’ve just made $10 out of nothing, without even buying that card. But at the same time, you remember that you have to give the card back to your friend. A year goes by, you go back onto eBay, and one of two things would have happened by then:

If it’s worth $3 now, you’re pretty excited — you buy the card for $3, go back to your friend, and return him his card. Your friend doesn’t really care what happened to this card — you promised to give it back to him in a year, and you did. You, on the other hand, are delighted — you borrowed the card for free, sold it for $10, and then bought it back for just $3. You’ve just made $7 out of nothing!

However, if the price of the card increased to $60, as in the second case, you still have to return the card to your friend, even though the price has gone up 6 times. You have to spend an additional $50 out of your pocket to pay for that to make good on your promise with the friend!

This process happens every single day in the financial market — when investors such as hedge funds believe that the price of a particular stock will go down, they short sell and then, if their prediction was right, make a profit from it.

So, as we now understand what short selling is, let’s continue with the GameStop story.

While many investors decided to take a short position on GameStop stock, not everyone agreed that the price will decline — some Redditors actually found out that the company wasn’t overvalued — it was undervalued! The digitalization trend was indeed in place, but its effect was overly exaggerated. Moreover, GameStop had quite a lot of cash on hand and was to benefit from new console sales soon. Members of r/WallStreetBets, a stock market discussion on Reddit, started encouraging retail investors to buy GameStop shares, claiming that the big investors have gotten it wrong and the stock is considerably undervalued.

Investors, both big and small, started buying GameStop stock, and its price increased from a mere $17 to a staggering $469! But remember, those who took a short position still had to buy the stock back! The trick is that the more they buy the stock back, the higher climbs the price. This is called a short squeeze, and during this one, while some investors made fortunes, others incurred immense losses. Short position losses in US firms topped $70 billion, and Melvin Capital, a premier Wall Street hedge fund that had a short position on GameStop, lost over 50% in January. While those are giant sums of money, large hedge funds managed to stay afloat with the help of their corporate friends — as an example, over $3 billion was poured into Melvin Capital alone.

Robinhood is a popular trading app that allows for easy commission-free trading. On Thursday morning, Robinhood announced it was freezing trading on GameStop and some other meme stocks that were following this trend (AMC, Nokia, etc.). Robinhood cited “market volatility” as a reason and said it would only allow users to sell those stocks and not buy them.

Robinhood wrote another blog post on what happened and explained that the company was required to have a considerable amount of cash on hand for smooth trade processing through its clearinghouse. Robinhood CEO Vlad Tenev said that the company had no choice — it also raised $1 billion in emergency capital to this end.

Still, customers were outraged. Many retail investors believed that the freeze harmed small individual traders while favoring the Wall Street establishment. This was simply unprecedented. While giant hedge funds could trade as usual, individual investors got stripped of such an ability.

As a retaliation, thousands of Robinhood users flooded App Store and Google Play Store to write negative app reviews. In fact, they left so many one-star ratings that even Google decided to intervene. Soon several officials called for a hearing on Robinhood’s actions, and we are to see how this plays out.

People tend to believe that new trendy tech companies such as neobanks or trading apps like Robinhood should bring comprehensive innovation — not only in terms of the solution they offer but also their operating rules and standards. However, at Idealogic, we’ve come to understand that not all innovative companies manage to cast off the shackles of narrow-mindedness and overregulation. And Robinhood is a prime example — despite proclaiming “Investing for Everyone,” the online brokerage still has those corporate standards and ties with big investors that preclude it from truly leveling the financial playing field. Genuine innovation is about democratizing difficult things for ordinary people, not catering to big players’ interests.

Large hedge funds have been making tons of money from taking short positions (basically, profiting from a company’s misfortune), and no one was stopping them from doing so. But when things went wrong for them and they started losing large sums, the tight financial establishment got so scared that in the end did everything to rescue the likes of Melvin Capital so that they don’t go under. At the same time, when small individual retailers started to make large profits, not only were they treated as prankers but also were eventually stripped of the ability to normally trade. Quite logically, to them, it seemed that Robinhood, who was supposed to take from the rich and give to the poor, did just the opposite.

This story helped to reveal how volatile and detached from reality the stocks can be and showed the craziness of the current financial system. The market is full of speculation and financial engineering while its playing field is not the same for big and small players. January 2021 marked a cultural shift in how a financial market should be viewed and raised a big issue of the unfairness of the financial system. It’s difficult to tell if new regulations could help with addressing the problem, but one thing can be said for sure: one day, this story will be told at business schools around the world no matter the outcome.